What Can Happen When Input Voltage Exceed a Power Supply's Range?

Views : 88
Author : Lee
Update time : 2021-06-29 11:38:12
Welcome to Top Power new series titled, "Pushing the Limits". This series will solve a question we hear often at Top Power, "What if I operate my power supply outside of a certain specification range?" To help answer this question, we will review common power supply specifications and outline the potential drawbacks and failures that could occur when operating a power supply outside of its specified limits. In Part 1 of this series, we will discuss the potential issues that can appeare when the input voltage exceed a power supply's allowable range.

Throughout the world the available mains voltage and its associated stability can vary greatly, making it difficult to design a power supply that meets the input range needs of all applications. Assuming a power supply's input specification is "close enough" to an application's desired operating voltage can lead to failures if the power supply is in fact operated outside of its limits. These failures can be defined as either component failures, system failures, or specification failures, and each will impact power supply and system performance differently.

Component failures occur when a component is damaged and/or no longer operates as intended. Applying a voltage that exceeds a component's maximum operating voltage is a simple way to damage any component. Many components that are placed across the input, such as the X-capacitors, metal oxide varistors (MOV), and bridge rectifiers are easy to identify as being subject to voltage stress. If the input voltage exceeds their maximum operating voltage, the specific failure mode of these components can lead to a few different scenarios. For example, X-capacitors, which are designed to fail short for safety reasons, will likely open the fuse leaving the power supply inoperable. However, if Y-capacitors, which are designed to fail open, were to fail short, the power supply may continue to operate, leaving users at risk of shock. 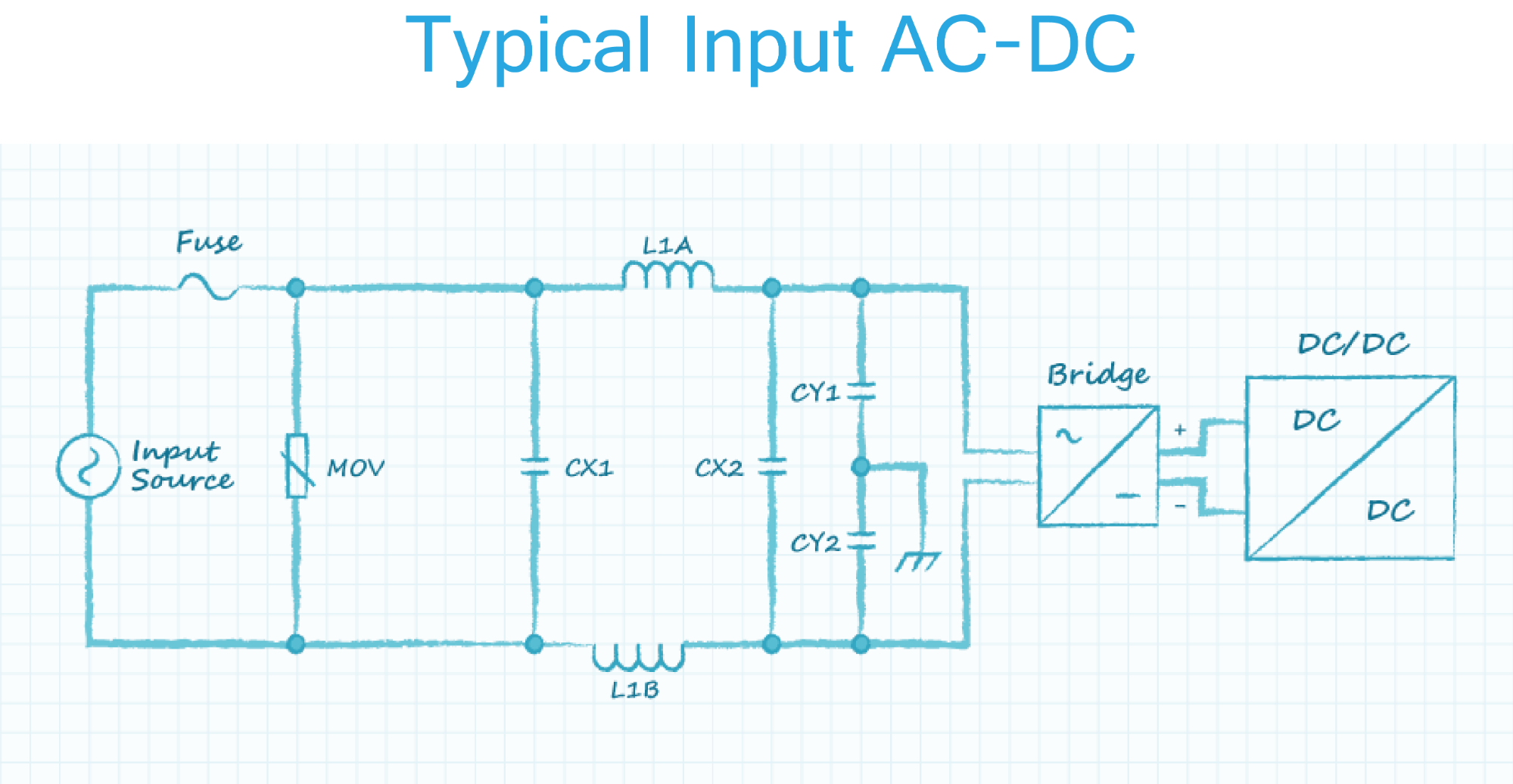 Other components, such as the fuse, are more difficult to identify as being susceptible to failure in the event of an over voltage. Under normal conditions, the fuse will appear as a short, and an increase in voltage will simply force the fuse to carry less current. If a failure, such as an X-capacitor short, occurs inside the power supply, the fuse will open and disconnect the circuit from the input source. However, if the maximum voltage of the fuse is exceeded and the X-capacitor shorts, the fuse will not be able to suppress arcing. This will fail to keep the circuit open leading to continued current flow through the failed capacitor, causing problems both up and downstream.

In other instances, the voltage stress is related to parasitic components whose values are difficult to determine. The switch in a flyback converter, for example, has a peak voltage determined not only by the input voltage, but also the leakage inductance and turns ratio. In cases such as this, the voltage stress cannot always be determined by simply looking at the schematic or datasheets, but instead must be measured directly. 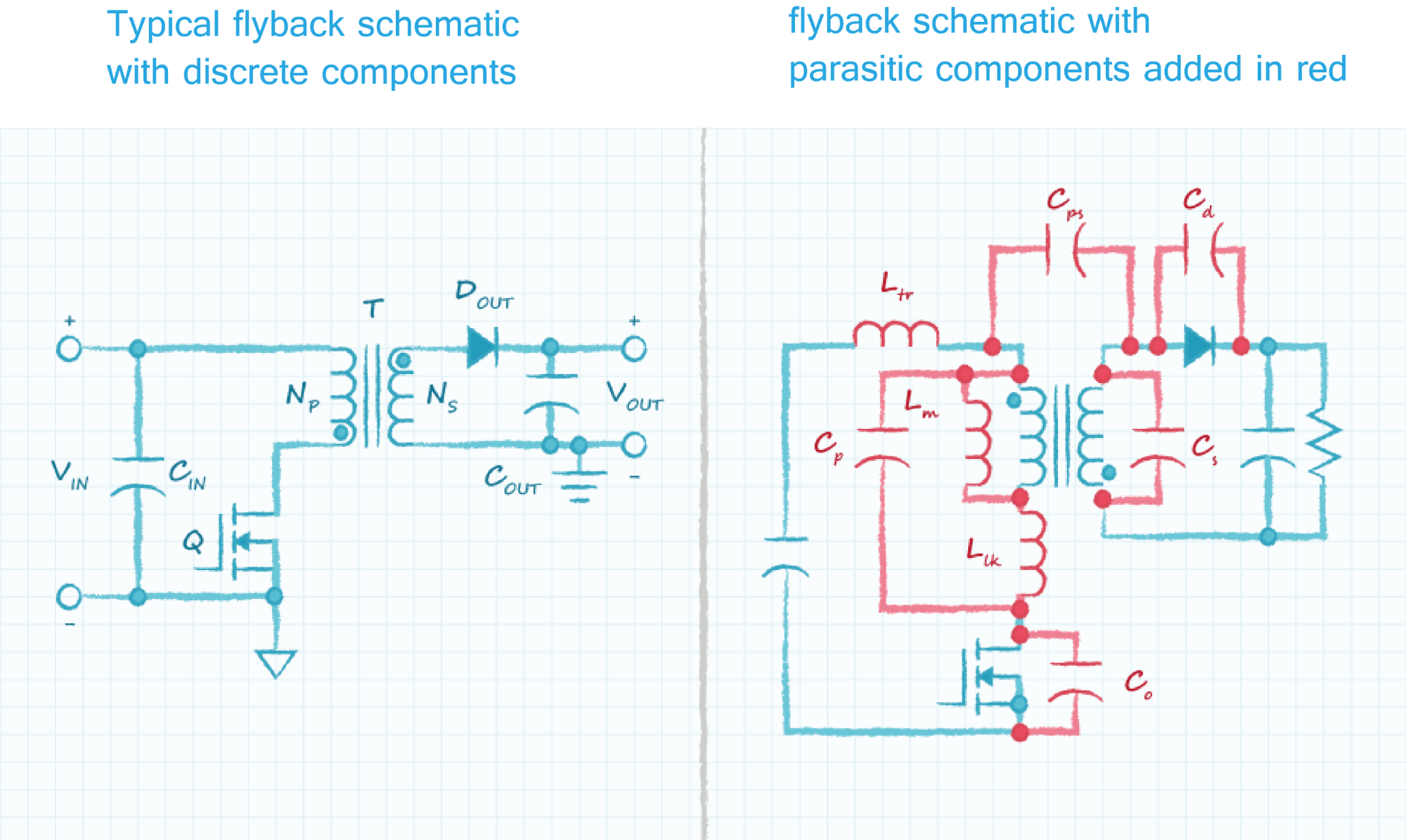 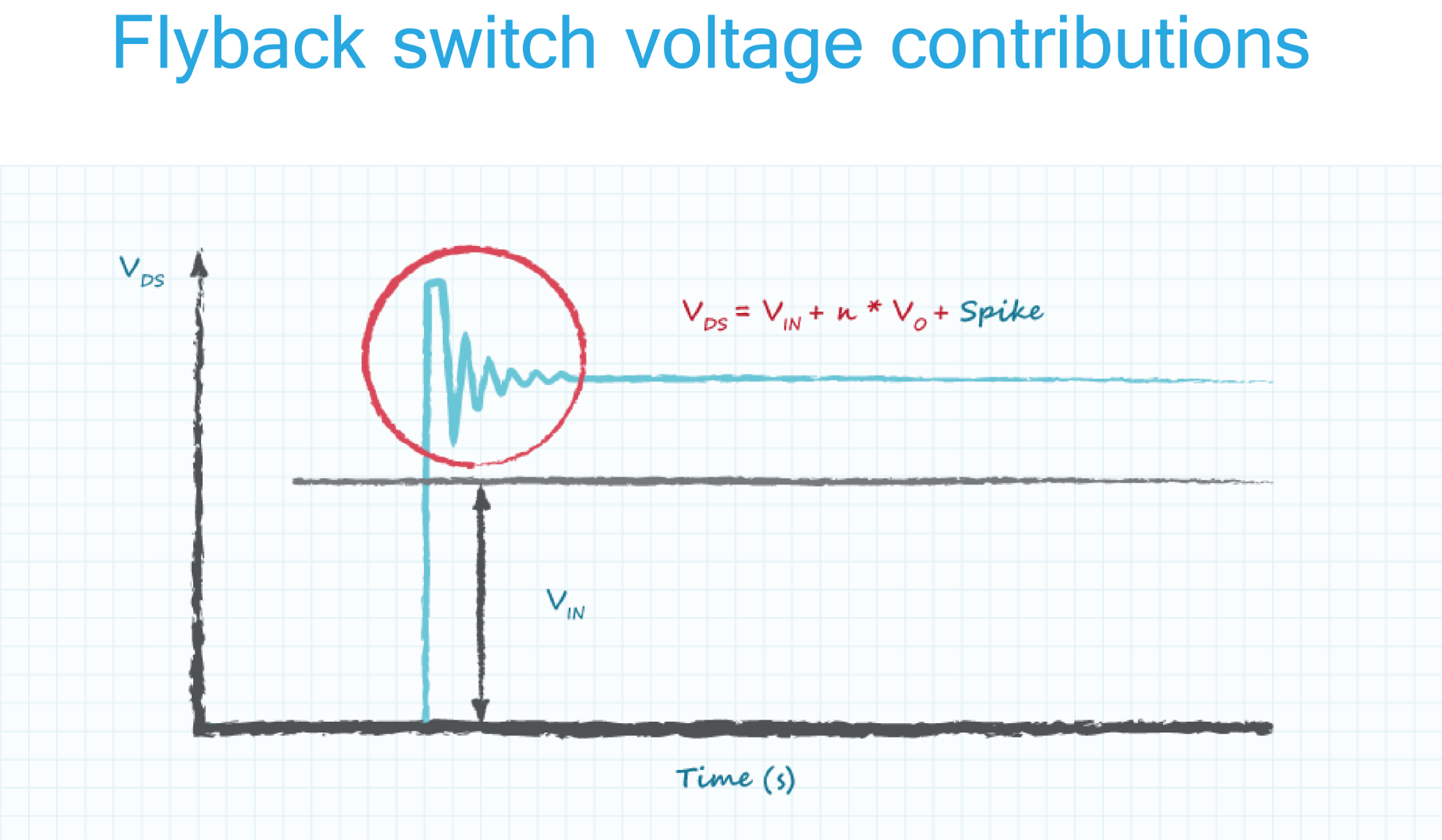 Under voltage events also have the potential to cause component failures. When operating a power supply below the minimum operating voltage, the current in many components will increase proportionally. The fuse, rectifier, switches, and other components that carry this increased current will all dissipate more power, leading to an increased temperature and chance of failure. Magnetic components, such as a power factor correction (PFC) choke, will also carry more current and as a result see their inductance drop or saturate entirely. Depending on the specific topology, this could lead to increased peak current (potentially damaging components like the switch), increased operating frequency, decreased efficiency, or failed power conversion all together.

When parameters such as operating frequency or duty cycle range are violated, system failures can result causing the internal functions of various topologies to misbehave. For example, an LLC converter varies the operating frequency to regulate the output voltage, with the frequency being inversely proportional to the input-to-output gain of the converter. However, if the input voltage decreases, then the frequency will also decrease in order to increase the gain and maintain a constant output voltage. An inherent characteristic of the LLC converter is that the gain curve only maintains this inverse relationship of frequency-to-gain down to a certain frequency. Below this frequency the relationship becomes reversed (i.e. gain increases with frequency). If the input voltage decreases to the point where the power supply drifts into this region (known as the capacitive region), the power supply can malfunction or fail completely.

Power supplies also carry built-in protection circuits to prevent operation under certain conditions. This becomes more common at higher power levels as failures are more dangerous and/or expensive. Brown-out protection is a feature commonly found in higher power ac-dc power supplies, which shuts down the supply if the input voltage drops below a specified threshold.

Operating outside of the specification does not always cause a complete failure, but instead causes the power supply's performance to fall outside of its specification. As stated previously, decreasing the input voltage will cause an increase in input current which leads to increased losses and heat, while reducing the operating temperature range and efficiency.

To protect the power supply from catastrophic failure, the controllers often have protection built in to avoid certain conditions. These protections will not shut down the power supply but will instead clamp a characteristic at a certain value. For example, in the case of the LLC topology, there are often frequency limits inside the controller. As described earlier, as the input voltage decreases, the switching frequency will increase to maintain a constant output voltage. If the controller clamps the frequency once it reaches the minimum, then the output voltage will begin to decrease along with the input voltage.

While the impact on specification performance is easy to estimate in certain instances such as those described above, the effects of input voltage in other instances is harder to estimate. One such example is the relationship between input voltage and electromagnetic emissions (EMI). Operating outside of the specified input voltage range can have a big impact on EMI and lead to non-compliance with relevant regulations. Added voltage or current stress can further change the effectiveness of the EMI filter, and for variable frequency devices change the operating point to a level that causes failure.

Input voltage impacts many aspects of a power supply, including the component stresses, operating point, and performance. Operating outside of the specified range can affect one or more of these items and, if pushed too far, trigger a protection circuit or total failure. Knowing how far a power supply can be pushed in a certain direction and what the implications would be requires knowledge of the internal component ratings and values, which are rarely available to the user and are difficult to determine. The best way to determine safe operation of a power supply outside its specified input voltage range is to ask the manufacturer, who can identify the risks and/or implement the design changes needed to allow operation at the desired level. 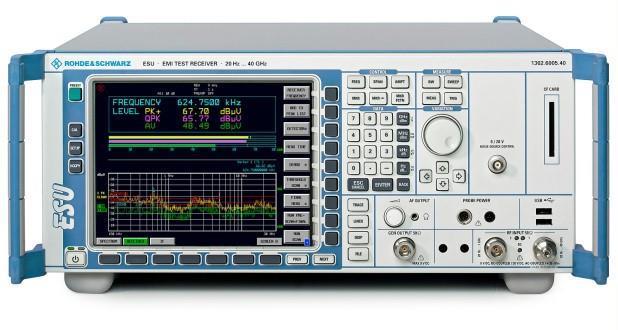 EMC Testing Importance in Power Supply Design
May .14.2021
Power Supply EMC definition,standard,test ways and so on. 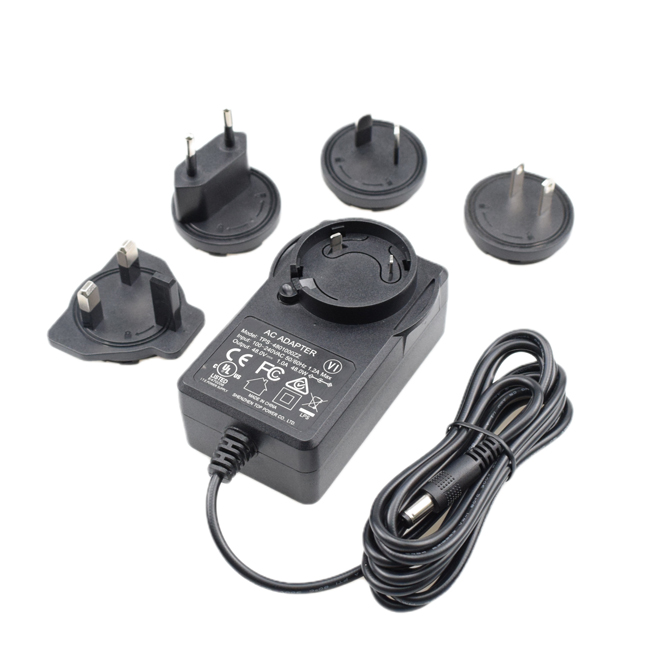